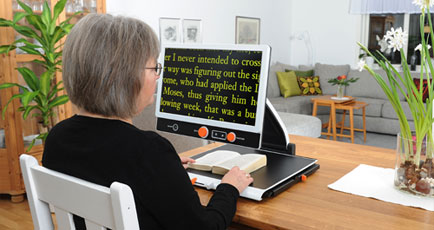 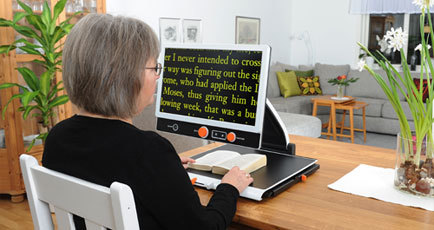 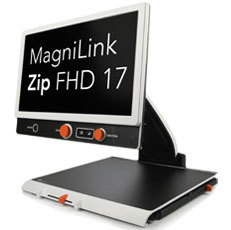 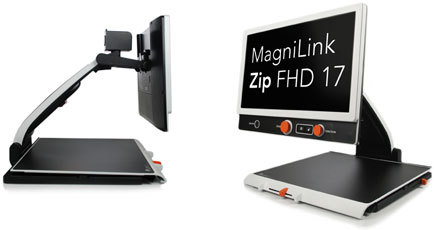 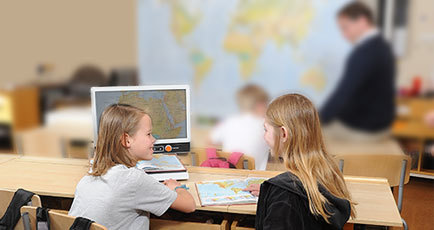 This trial software for MagniLink S / Pro / Vision / Zip is completely free and fully functional for 30 minutes before you have to restart the program again. Please note that the latest versions will be automatically installed if True Update is activated.

Below you can download the software MagniLink PCViewer that enalbles your MagniLink Video Magnifier to operate with your PC.

If you don´t have a licensed MagniLink camera the words “Unvalid license” will be present at the screen. After a few minutes the picture will disappear. If you want to test a few more minutes you can restart the camera again.

Choose either the "Full version" for a complete software, including almost all available languages (note that the large file size can cause significant download time) or the "No language version" (best choice for everyone not using a text-to-speech-model).

Users with a Text-to-speech-model can complete the "No language version" with the languages in use, notice that then the OCR Package must be installed.

Choose either the "Full version" for a complete software, including all available languages (note that the large file size can cause significant download time) or the "No language version" (best choice for everyone not using a text-to-speech-model).

Users with a Text-to-speech-model can complete the "No language version" with the languages in use.

EUC is a configuration program that can individually modify the settings according to the user, for ex magnification (max min), guiding line (colour thickness), curtains, lighting, grey scale and artificial colours. Finding specific settings or sometimes removing functions will facilitate both for the user and the low vision therapist/trainer. Free software from LVI. You will need a USB cable (standard-A plug and standard B-plug) to transfer the EUC software to your MagniLink S. The EUC software and the cable can be ordered from LVI.

• Automatic adaptation of the "gaps" between the words - which gives longer break at slow reading speed and short break at faster reading speed. This improves the voice and creates a better audio experience for anyone listening.
• Shortcut key to activate MagniLink S window makes it easier to reach the video magnifier. Press F8 to get started directly from a minimized state.
• Automatic language detection. MagniLink S can now even recognize several different languages ​​in the same paper. Language and voice are changed instantly, completely automatically.
• Possibility to choose any of the fonts installed on the users computer for displaying text in TTS mode. This allows the user to, for example, get text presented with special fonts adapted for dyslexics.
• Improved functionality together with ZoomText 10. AiSquared has now refreshed its CCTV interface. This makes ZoomText performance less "heavy" on some computers and ZoomText now interacts better with MagniLink S.
• Column Selector to help the user to choose which part of the paper to be read aloud, for example if the user wants to read a selected column in a newspaper.
• Enhanced functionality for video recording.

And last but not least
• Select (CTRL + F4) to put text from different scans together in the OCR mode into a single document, which then can be read in its entirety. This along with "Smart Smart" makes scanning extremely fast and feature also works while text is being read out. 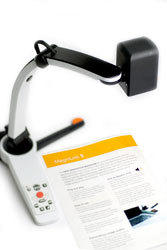 Looking for earlier versions? See below...